Chanting the Sanskrit Mantra of OM or AUM

When the ancient sages received the language and sound of the Sanskrit syllables, from the Ethers (Akash), it became the portal to transport the Higher principles governing the cosmos. The language and sounds received were meant to be transmitted through hearing (Sravana) and remembering (Smriti) and was never intended to be put down in a written form. It was through sound, that human beings were able to experience the power of Infinite Divine Reality and was deemed to be indescribable but experiential.
As a human race, we articulate sounds and syllables using our tongue, mouth, lips, palate, teeth, jaw and throat to create specific vibrations of sounds to convey thoughts, ideas and emotions to communicate with each other. In Sanskrit, these vibrations are used in an intentional and precise way, to create a profound psychological impact on the psyche as well as the environment around us. Many cultures across the world use the power of sound in music, prayer, chanting, intonation or through story telling to transmit traditions and influence the psyche of their community.
Sanskrit (known as Samskrtam- that which elevates understanding, excels) is precise, contextual, in how it conveys thoughts and concepts. Syllables in Sanskrit are put together in specific arrangements of words and phrases of a certain number and length that has specific rhythm and pulse which is referred to as a meter (Chandas). There are vowels, consonants and punctuations used in Sanskrit and the language while it does not have its own script is widely expressed using the Devanagari script. 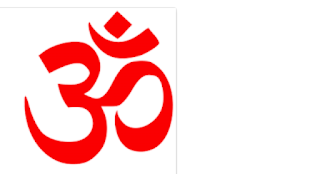 OM is a single syllable Sanskrit mantra most popular and recognized by its very symbolic representation. It is the primary mantra used to convey the infinite and inexpressible nature of the Divine. Hearing the sound of OM alone is said to create a profound psychological impact in our body-mind and spirit. Chanting OM deliberately and slowly with awareness transports our mind deep into our consciousness and creates a deep sense of relaxation internally. There are different ways to chant OM. Most people pronounce this as it is spelled in English with the sound of OH+MMMMM. There are many pitches and sounds used and many videos are available on the internet.  Here is an example of a video where this Mantra is chanted as OM
https://www.youtube.com/watch?v=cRaRNHM_6ww

The Mantra of OM breaks down into its subset of the 3 syllables  constitute it- A + U + M ending in silence.  When chanted in this way, one is able to awaken, enliven energy centers and nerve plexus centers in the body. The AUM mantra is intoned as the sound of AAHH followed by OOOOH followed by MMMMM and ends in silence as denoted by the Bindu.  The 3 syllables have been translated in various contexts and is subject to multiple interpretations. At first it is said to represent Lord Brahma- Creative power, U- Sustaining or Maintaining Power, MM- Dissolution or destructive or Transformative principle. This sound is primordial and is conisdered as the sound of the Cosmos. When we are born, our first sound is AAAAH which vocalized in the baby's throat. As an infant develops into a toddler and its vocal abilities change, it starts to intone the UUUU sound and even further, utters the Mama MMM sound.
This indicates the nature and evolution of MAn's spirit from the primordial state into consciousness realms that cannot be expressed. It also denotes Creation, Preservation and Dissolution, or Awakening, Movement and maintenance and transformation. These principles can be applied to the macrocosm as well as the microcosm. When chanted correctly for 5 to 15 minutes a day, one can begin to experience profound mental and emotional states of peace and relaxation.

A Practice to Chant AUM

You may gradually increase the count of 7 to 9, 10, 14, 15, 27, etc. upto 108 times. Stick with specific counts for at least 1 week before increasing the count.
This practice maybe done early in the morning or in the evening on an empty stomach. Women may practice this mantra chanting while on their menstrual cycle.
Blessings!

The founders of Atmanandam offer 7-day retreats where this practice and others are taught to students attending the retreat. For more information, please visit www.atmanandam.org.in
No comments:
Email ThisBlogThis!Share to TwitterShare to FacebookShare to Pinterest

Atmanandam Mission Trust
We teach and facilitate workshops and retreats through Vedic philosophy and practices to bring about Inner Transformation. Experience Pure Bliss, Experience the Divine Within! Experience Atmanandam (the Bliss of the Soul)
Older Posts Home
Subscribe to: Posts (Atom)

Atmanandam Mission Trust
We teach and facilitate workshops and retreats through Vedic philosophy and practices to bring about Inner Transformation. Experience Pure Bliss, Experience the Divine Within! Experience Atmanandam (the Bliss of the Soul)